Real Token is the governing currency of Real Realm. That currency has many other functions and can be obtained from the plots of land within the Real Realm Metaverse.

So, how is this important currency of the game distributed and released?

Real Tokens are limited resources within the game of Real Realm. The total supply of REAL Token is 1,000,000,000 tokens. The number of Tokens will never exceed this rate.

Token allocations are predetermined. There are ten different ways that the Tokens will be released. Those ways are; Seed, Private, Public, Game Rewards, Staking rewards, Marketing, Liquidity, Ecosystem, Team and finally Advisors and Partnership.

The percentage of Real Tokens and the schedule in which they will be released for each of the resources are explained in this article. 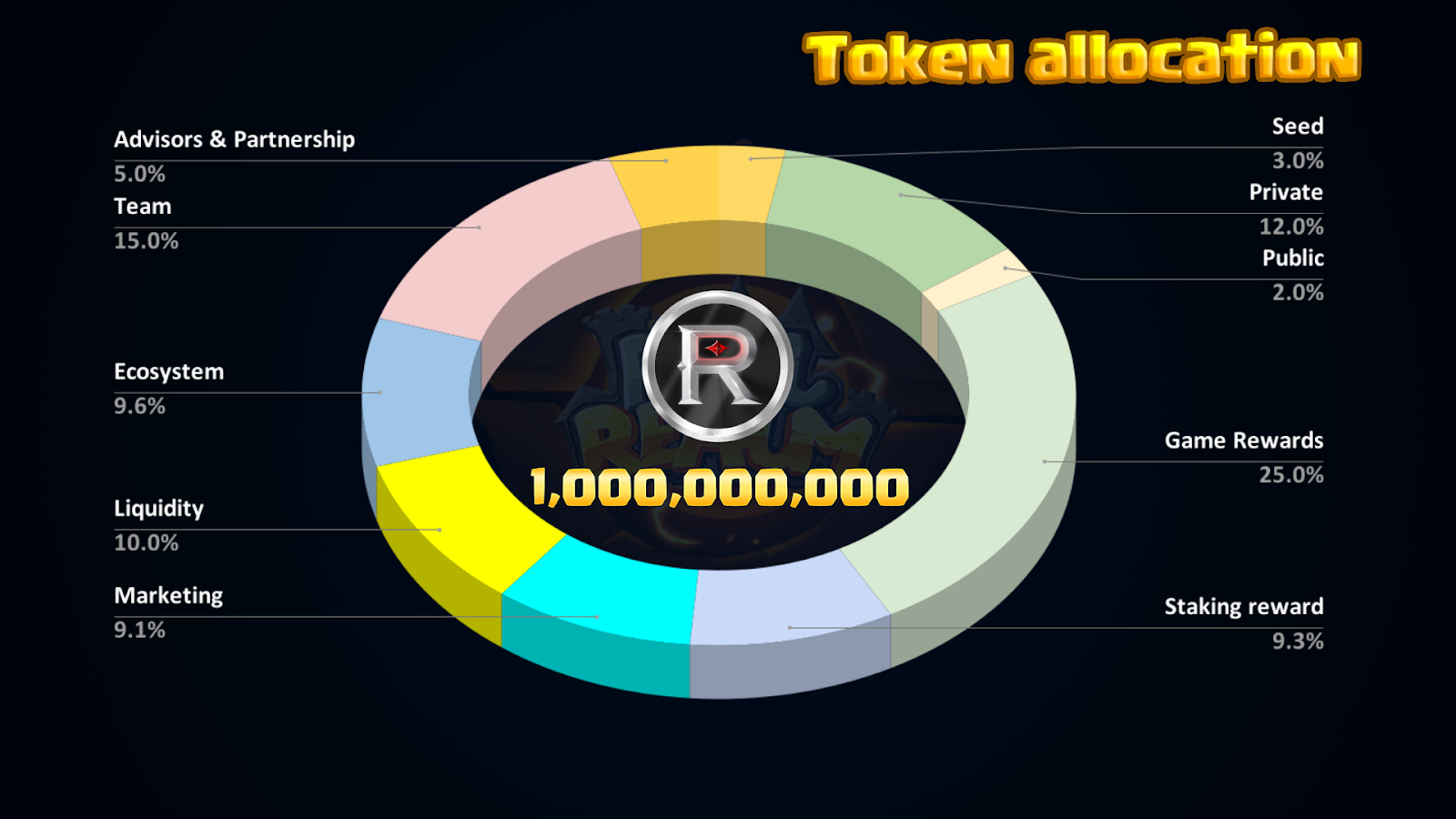 That resource will unlock when the staking process unlocks within the game. %9.1 of the supply comes from Marketing, which equals 91,000,000 Tokens. %3 of this supply will unlock after TGE, then it will unlock in a linear manner with monthly periods for 24 months.

Liquidity resources have %10 of Real Tokens. That percentage equals 100,000,000 Tokens. %5 of those resources unlocks after TGE, then it will unlock linearly in monthly periods for 12 months. The ecosystem has %9.6 of Real Token resources. That equals 96,000,000 Real Tokens.

Newbies that came later will have a harder time obtaining Tokens, but it is still not impossible. The value of the Tokens will also increase with time as they are a limited resource that is abundant at the beginning, but scarce later on.